Final Edit: There are two new posts on the topic.  The first is a more coherent summary of the information in this post.  The second addresses the NYSE's official line on the story.

Edit: Looks like that was the official closing price on NYSE, not afterhours. However, no trade at that price is showing up in time&sale data between 13:59 and 14:00 for me.

Edit 4: Found the T&S time range thanks to the Bloomberg article. 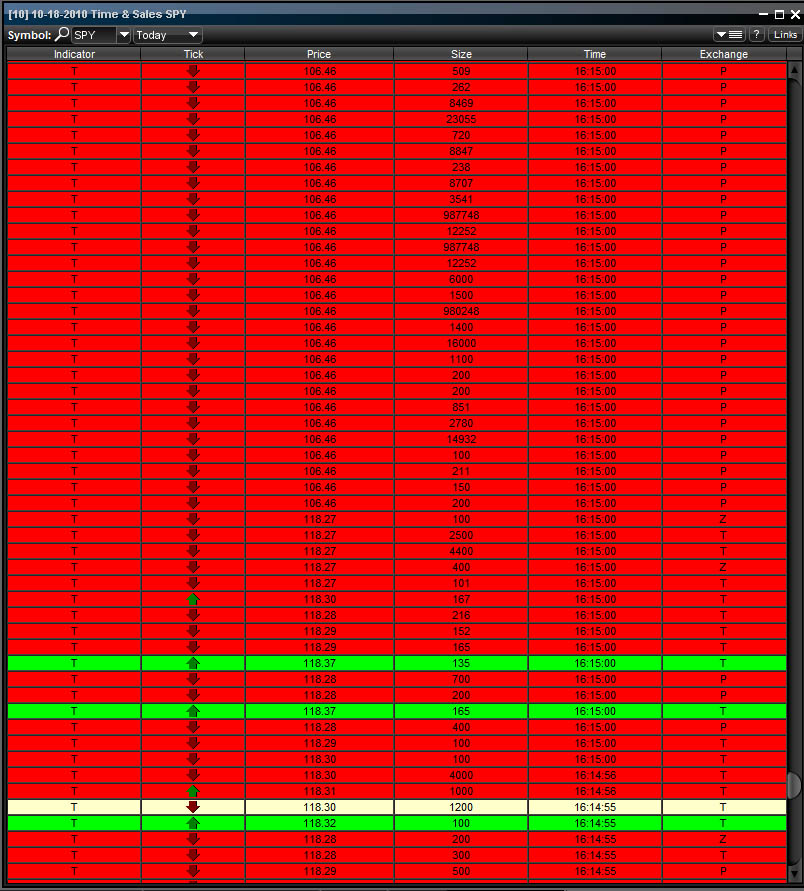 Looks like there was an after-hours flash crash in the SPDR S&P 500 ETF SPY…printed low at 106.46.  Spent awhile digging through T&S data and can't find it in Power E*Trade Pro.  Still no official word from NYSE ARCA and there's general confusion across Twitter. 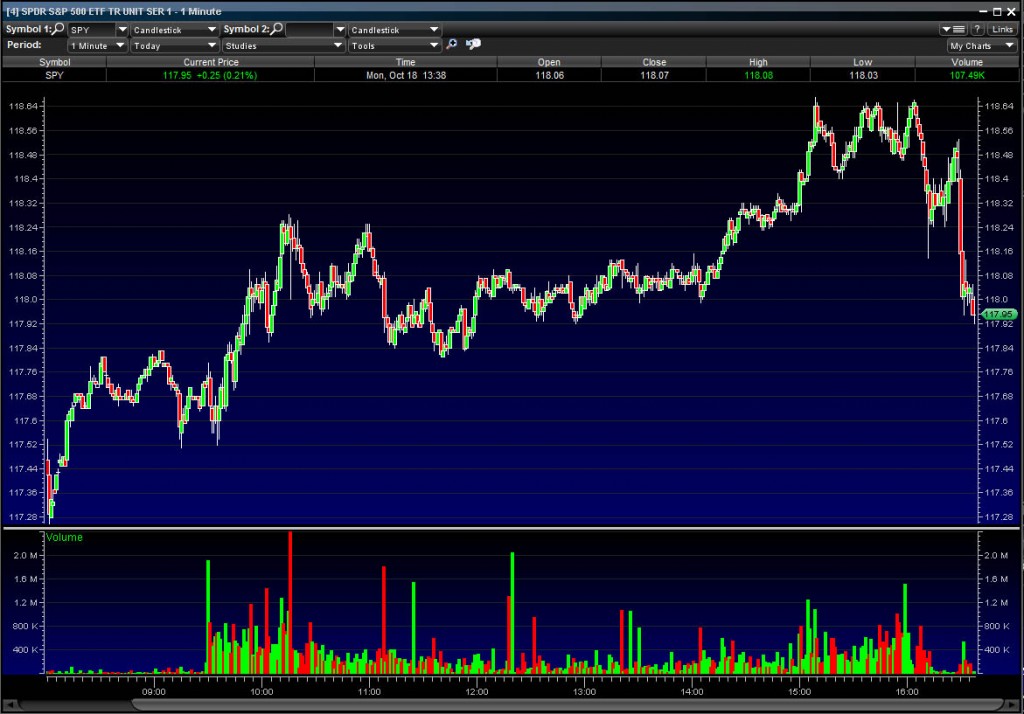