Pricing the S&P 500 in terms of gold has been a hot topic lately (zh, BIG, to name a few).  I thought I’d contribute my own two cents on the issue, both by adding a month of intraday data and by considering how the correlation between the S&P 500 and gold have varied over this period.  For data, I’m using minutely bars from 09/13 to last night on the easily traded SPY and GLD (not front-month futures or the $SPX itself). 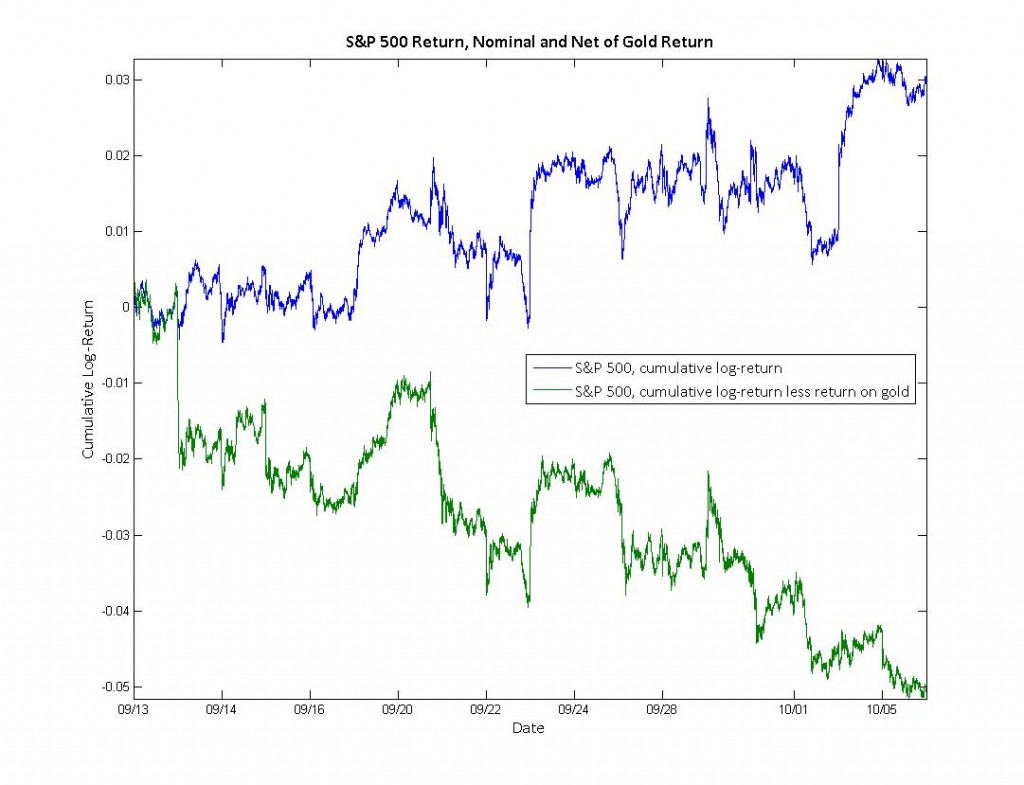 Many “gold bugs”  believe that gold is the appropriate numeraire for pricing since its value is not as subject to the monetary policy of governments.  While gold is certainly not a perfect proxy for purchasing power, it is likely more indicative of the purchasing-power-return than a simple dollar-return.  If we do take this logic at face value, then the real purchasing power of an S&P 500 portfolio has decreased, not increased. 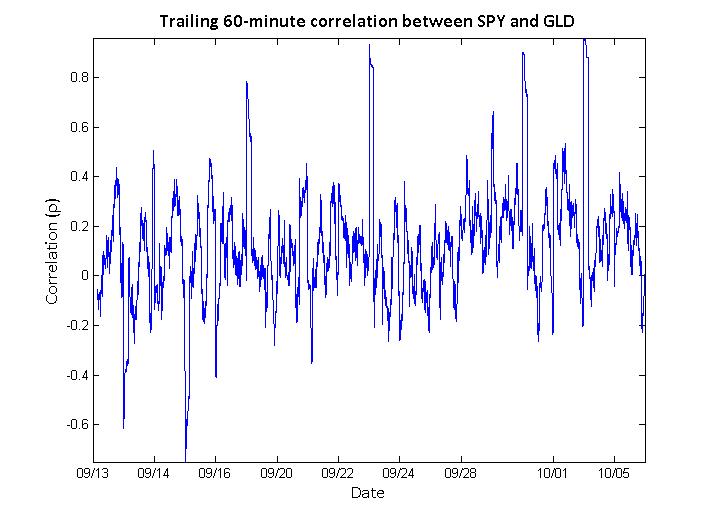 This figure indicates that the correlation seem to oscillate between mild positive and negative correlations.  On average, this correlation is mildly positive at 0.12  with a standard deviation of 0.22.

In conclusion, though the return of an S&P 500 portfolio denominated in gold has been negative over the past month, the short-term correlation between the S&P 500 and gold is neither strongly positive nor negative.